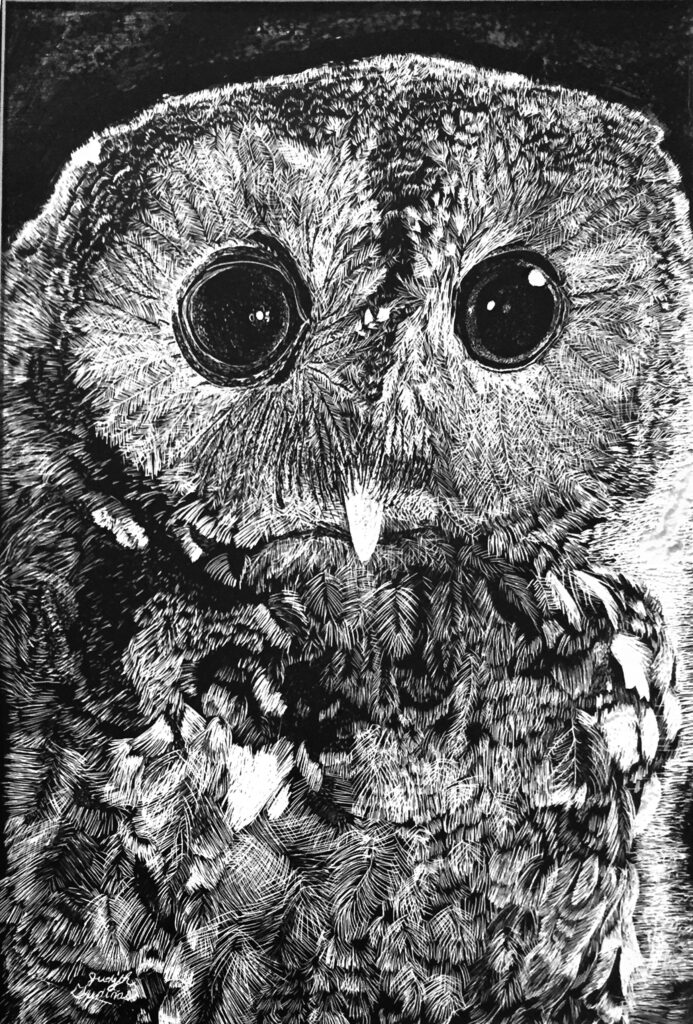 This Owl was meticulously etched with a silk pin out of the media known as “Scratchboard”.

Duplicated in the 1970s to replace the stolen one etched in the late 1960s. Was handed in to my Fine Arts class at Vesper George School of Art in Boston, MA, graded, but never to be seen again, was suppose to be  in the pick up pile of work submitted by my classmates and I. 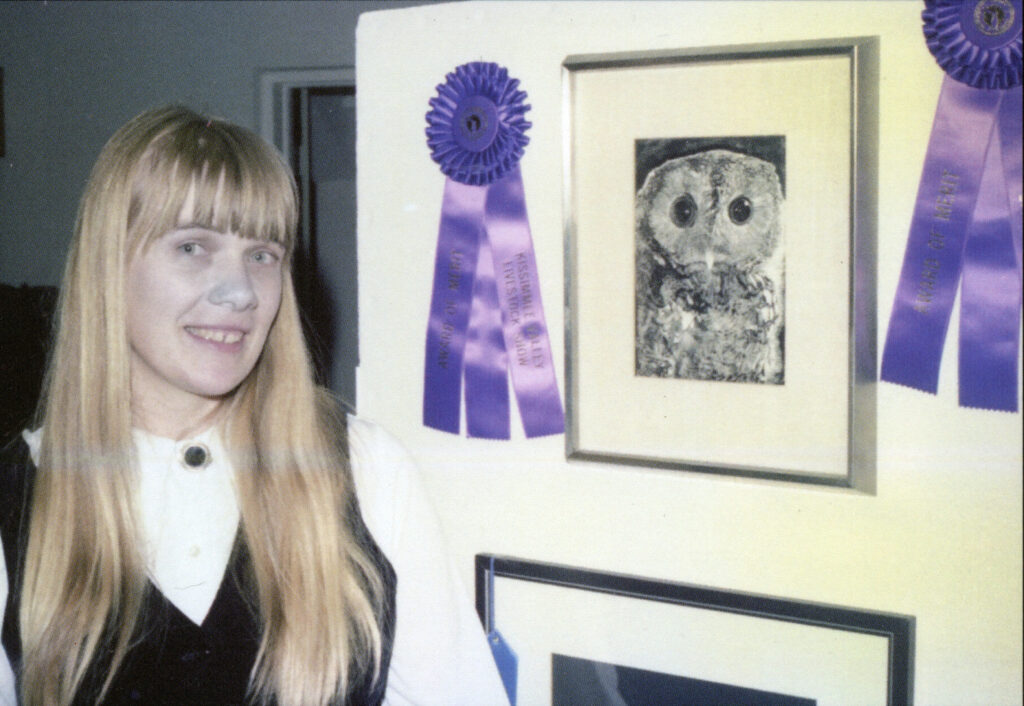 One of our puppies we kept from our first litter in 1978 gave me the inspiration for this pen and ink sketch. Others from same litter below. 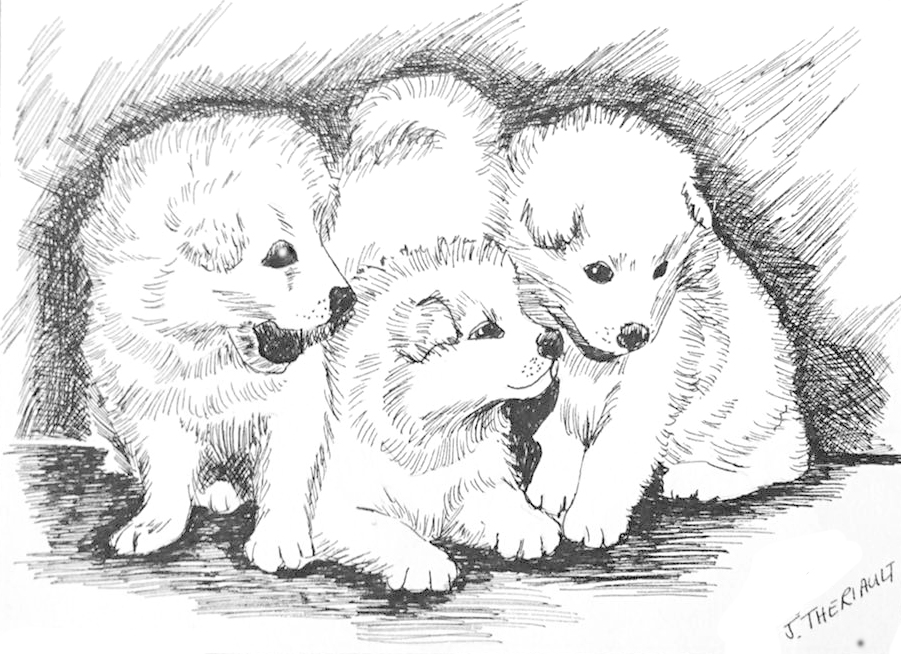